CAMBRIDGE, England, February 1, 2007 – To meet the demand for its boundary scan test system, XJTAG (www.xjtag.com), a leading supplier of IEEE Std. 1149.1 compliant boundary scan tools, today announced the appointment of eight new distributors, which will provide the company with representation in 21 countries across Europe, the Far East, North America, the Middle East and Australasia.

According to XJTAG, this is the first wave of distributor appointments planned for 2007 and this global roll-out will be supported by attendance at high profile trade shows across North America and Europe.

Simon Payne, CEO, XJTAG, said “Our intention is to make XJTAG the leading boundary scan supplier in the market. To achieve this, we are establishing a network of distributors to address the growing global demand among product developers and contract manufacturers for our advanced and sophisticated toolset.”

The XJTAG development system is a cost-effective solution for debugging, testing and servicing electronic printed circuits and systems throughout the product lifecycle. Boards populated with ball grid array (BGA) and chip scale devices, which cannot be tested by traditional methods such as flying probes, logic analyzers, oscilloscopes and X-ray systems, can be tested and analysed to pinpoint faults quickly and efficiently using XJTAG.

The XJTAG distributors will be offering prospective clients the same complimentary board setup service and free 30-day evaluation of the XJTAG development system which has proved so popular with companies across the electronics industry to date.

Joao De Oliveira, VP business development, XJTAG, added: “Like our clients, the new distributors have been impressed by the power and ease-of-use of the XJTAG development system. It abstracts engineers from the complexity of the IEEE1149.1 standard and integrates with test executives such as LabVIEW, Visual Basic and other Windows-based custom applications.”

The XJTAG development system is an out-of-the-box solution for debugging and testing complex electronic printed circuits and systems. The XJTAG system reduces the time and cost of board development and prototyping by allowing early test development, early design validation of CAD netlists, fast generation of highly functional tests and test re-use across circuits using the same devices.

XJTAG is a leading supplier of IEEE Std. 1149.1 compliant boundary scan development tools. Its JTAG (Joint Test Action Group) development system offers a highly competitive solution for designers and developers of electronic circuits. Utilising XJTAG allows the circuit development and prototyping process to be shortened significantly by facilitating early test development, early design validation, fast development of functional tests and test re-use across circuits that use the same devices. XJTAG is based in Cambridge, UK, and is part of the Cambridge Technology Group (www.cambridgetechgroup.com).

Advances in silicon design, such as increasing device density and, more recently, ball grid array (BGA) and chip scale packaging, have made traditional electronic circuit testing methods hard to use. In order to overcome these problems and others; some of the worlds leading silicon manufacturers combined to form the Joint Test Action Group (JTAG). The findings of this group were used as the basis for the Institute of Electrical and Electronic Engineers (IEEE) standard 1149.1: Standard Test Access Port and Boundary Scan Architecture. 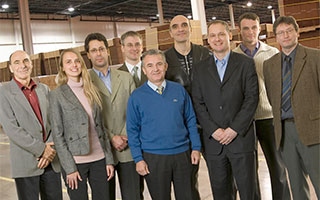