The boards for QSI’s HMI and MDT products are assembled by a manufacturing partner, which tests the finished boards using fixtures provided by QSI. However, if a defect prevents the core logic from operating, the fixture cannot be used. QSI has overcome this challenge by incorporating the XJTAG boundary scan system into the test equipment provided. The run-time-only XJTAG variant, XJRunner, makes this a cost-effective option. QSI is also using XJTAG in their own technical departments, including engineering and product servicing..

Because the company’s products are subjected to rigorous usage in the field, QSI aims to provide responsive service and repair facilities for their customers. Using conventional test techniques to diagnose faults in returned units, service engineers could expect to spend more than one hour per board to probe all of the data, address and control lines. “Using XJTAG in our service department has taken a one- to two-hour task and solved it in 15 minutes”, explains Eric Anderson, Electrical Test Engineer at QSI.

According to Anderson, two of the most powerful aspects of XJTAG that have enabled this dramatic speed up are the XJEase high-level scripting language and the graphical environment that helps users set up projects and visualise the circuit under test. “The scripting language is a very powerful feature that allows us to test almost any device connected to the processor. We are using it to test components from LEDs to ROMs”, Anderson continues. “Moreover, we can test devices supporting interfaces such as I2C and SPI without having to buy expensive add-ons, which some other systems require. XJTAG provides online libraries that allow us to test these devices at no extra cost.”

Describing XJTAG’s graphical application, XJAnalyser, Anderson highlights the control it provides as being central to reducing test and debugging time. “XJAnalyser gives us complete control of most of the pins of a processor,” he says. “We are able to toggle individual pins, which has helped trace obscure faults like bad vias in minutes rather than hours.”

The QSI engineering group is also using XJTAG to bring up new designs. The company’s latest board has two JTAG devices, and Anderson says the engineering team has used XJTAG to program and test one of the devices, and then to test the remainder of the product. “There is so much freedom in XJTAG that other testers do not provide. As engineers, we want to be able to control every part and see exactly what is happening at any place in the system. XJTAG gives us that freedom,” he concludes.

XJTAG has taken a one- to two-hour task and solved it in 15 minutes. The XJEase scripting language is a very powerful feature that allows us to test almost any device connected to the processor. We can test devices from LEDs to ROMs, and can also test I2C and SPI devices without having to buy expensive add-ons.

We can also toggle individual pins to trace obscure faults within minutes. As engineers, we want to be able to control every part and see exactly what is happening at any place in the system. XJTAG gives us that freedom. 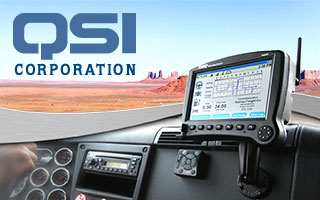