Most of Rancore’s board designs are densely populated with ICs such as network processors, DSPs, FPGAs, DDR2 SDRAMs, and custom System-on-Chip (SoC) devices. The boards also include LEDs, switches, buffers and other general-purpose devices.

In production, all units are inspected before functional testing, using optical and X-ray equipment. This has helped to overcome some of the test coverage challenges arising from difficult physical access to I/O pins of densely spaced, high-pin-count devices. BGA packages, in particular, prevent in-circuit test fixtures or manual probes from making contact with I/Os to verify the correct signal. However, neither X-ray nor AOI can identify every potential manufacturing fault.

“Boundary scan is the single most effective technique for identifying faults with BGA devices”, concurs Brijesh Shah of Rancore Technologies. To maximise test coverage and speed up board checks to isolate failed boards ahead of functional test, Rancore has recently added boundary scan to its test and inspection flow. “XJTAG delivers the performance and features we need at the most competitive price. We have also received extremely good technical support, to help us get the best from our investment in XJTAG.”

XJEase scripts to test non-JTAG devices can be custom written or downloaded from XJTAG’s online library containing scripts for a wide variety of commonly used components. Among the devices supported are generic memory ICs such as DDR2 DRAMs and Flash chips, as well as ADCs, Ethernet PHYs, and real-time clocks. The tests are device-centric, and can be re-used without modification in different circuits. There are also scripts to test LEDs, switches and temperature sensors, and to exercise the System Monitor circuitry of Xilinx FPGAs.

To incorporate XJTAG into production, Rancore has helped its manufacturing partner to implement the run-time XJTAG environment, XJRunner, on several production lines. “We can develop tests in our own labs, send them directly to our manufacturer, and have them working in production very quickly”, explains Vishal Abrol. “Since we began using it, XJTAG has enabled us to increase test coverage for our boards, find and fix any faults quickly, and work even more closely and efficiently with our manufacturer.”

All trademarks are property of their respective owners.

Boundary scan is the single most effective technique for identifying faults with BGA devices. XJTAG delivers the performance and features we need to use boundary scan for our boards, at the most competitive price. We have also received extremely good technical support, to help us get the best from our investment.

Since we began using it, XJTAG has enabled us to increase test coverage for our boards, find and fix any faults quickly, and work closely and efficiently with our manufacturer by sending tests that can be run immediately using XJRunner on the factory floor. 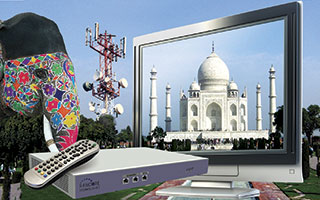