The XJTAG XTR series includes all the features of the XJTAG development system plus lots of new features and usability enhancements, from support for multiple JTAG chains to the ability to measure supply rail voltages and signal frequencies.

These features are designed to save developers, test engineers, OEMs and contract manufacturers time and money, and reduce the amount of test equipment required during production testing and board bring up.

“The XJTAG XTR series delivers significant improvements in functionality and usability across the every aspect of our boundary scan system making debugging, testing and programming electronic printed circuit boards and systems even more efficient,” said Simon Payne, XJTAG’s CEO. “We have listened carefully to feedback from our customers and distribution partners to ensure that our second generation system fully meets their needs.”

The XJTAG XTR series supports multiple JTAG chains – with up to four Test Access Port (TAP) connections available to a target board. Also available with the new series is the ability to measure up to 18 different voltages. This is an important addition as modern boards often feature numerous supply rails, so the ability to measure their different voltages, before and during JTAG testing, is extremely useful for ensuring stable circuit operation.

The XTR series also boasts the only JTAG interface that can accurately measure clock signal frequencies. It measures frequencies with an accuracy of 10 ppm up to 200 MHz. This is particularly useful when clock sources are present on a target board.

XJTAG has also introduced features to improve laboratory and field work by making it possible to start the test procedure remotely. This is done by using the button on the new XJLink2 adapter, which conveniently includes three LEDs to give the user a visual indication of the system status. The XJLink2 is also available to order in two colours so that users can use this to differentiate between units with different licences.

In addition, XJTAG has also introduced to its XTR series the ability to run the JTAG TCK signal at up to 166 MHz, plus there’s adjustable signal termination, improved automatic signal skew control, and support for running within a virtual machine (e.g. under VMWare®). Improvements have also been implemented to XJDeveloper, XJRunner and XJEase to support the new features.

“We are confident that the XJTAG XTR series has the potential to transform any company’s development and test regime,” added Simon Payne. “We therefore challenge design engineers, developers, OEMs and contract manufacturers, in fact anyone producing complex BGA-populated printed circuit boards and systems, to take a free trial or let us demonstrate our new system’s capabilities on any prototype board, completely free of charge, with no obligation.”

XJTAG’s headquarters are in Cambridge, UK, with a network of distributors across Europe, the Far East, North and South America, the Middle East and Australasia. 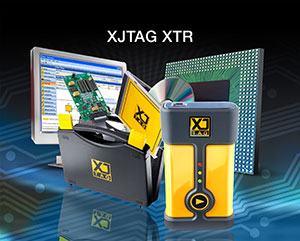 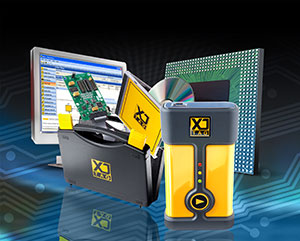 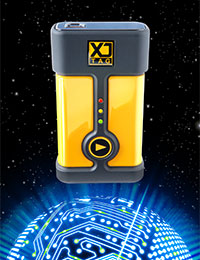