Cambridge, UK, 14 April 2015 — XJTAG, a world leading supplier of boundary scan technology, today announced the release of the latest update to its software suite. The focus of this release is on increasing the flexibility of JTAG chain control to make it easier for engineers to access the full JTAG capabilities of their boards and so achieve maximum test coverage.

Dynamic chain profiling makes it easier to initialise boards with multiple JTAG chains, in which a device in one JTAG chain controls power supplies or reset lines for JTAG devices in the other chains.

During flash programming it is now much easier to set up XJTAG to only clock JTAG data through the chain that is needed for the programming operation, leaving the other chain(s) held in their current state. In some situations this can remove the need to clock hundreds of bits of data per-scan, and can significantly speed up testing/programming.

Simon Payne, CEO commented “This release of XJTAG continues our programme of updates that deliver performance improvements for the world leading companies which use XJTAG throughout their product lifecycle. On a recent project for a client we were able to dynamically change the JTAG setup to only include the single JTAG device that was connected to a flash. This in turn allowed us to make a dramatic saving in a manufacturer’s production time by reducing the programming time of a very complex board from 13 minutes to 3 minutes.”

In addition to making the system faster and more flexible, XJTAG has increased the capabilities of the XJLink2 JTAG controller by allowing the user to describe connections from the XJLink2 to the PCB under test. “Spare” pins on the XJLink2 which are not being used as TAP pins can now be configured to take part in interconnection testing in order to increase test coverage.

XJTAG has also continued to invest in the XJEase language which underpins all of its device testing – v3.3 sees the introduction of an all-new compiler which provides a significant boost to performance in some applications and a decrease of CPU load in others.

To see how XJTAG can help you when prototyping, designing or manufacturing your electronics please contact us to arrange a demonstration. XJTAG is currently offering a fully-featured trial, including a free board set up.

To find out more, visit www.xjtag.com or contact us at enquiries@xjtag.com.

XJTAG is a worldwide leading supplier of IEEE Std. 1149.x compliant boundary scan tools, which focuses on innovative product development and high quality technical support. The company has its headquarters in Cambridge, UK and works closely with over 50 experienced and professional distributors and technology partners across the globe. XJTAG delivers a diverse range of boundary scan test solutions for clients across a wide range of industries, including aerospace, automotive, defence, medical, manufacturing, networking, and telecommunications. 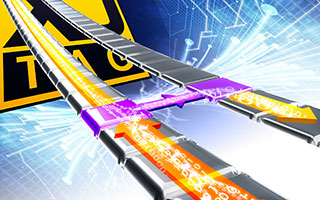