XJFlash uses the internal circuitry of an onboard FPGA to create a simple flash programmer. This relieves the bandwidth restricted JTAG scan chain of repetitive tasks such as shifting in control, address and data bits. By removing traffic from the scan chain, the XJTAG system is able to achieve close to theoretical programming times for a given flash memory device.

“Using the XJFlash module, we have seen up to a 50-fold improvement in flash programming speeds with certain flash/FPGA configurations,” said Simon Payne, XJTAG’s CEO. “This is great news for product developers as they need convenient and effective methods for programming and reprogramming flash at very high speeds without removing memories from the board.”

Used in conjunction with the XJTAG boundary scan debug, test and programming system, XJFlash can be used to erase, program and verify any flash memory provided there is an FPGA on the target board and this is connected up to the JTAG chain correctly.

“With this enhancement to the XJTAG system, we have overcome the traditional speed limitation of JTAG programming flash memories,” added Simon Payne. “This means that engineers designing complex boards containing BGA, FPGA and flash devices can do away with a separate flash programmer and utilise the full power of the XJTAG system to debug, test and program their designs throughout the product lifecycle.”

XJTAG reduces the time and cost of board development by allowing early development of reconfigurable test scripts that can be used from design validation through prototype debugging and on into manufacturing.

XJTAG has a global network of distributors servicing Europe, the Far East, North and South America, the Middle East and Australasia.

XJTAG is a leading global supplier of IEEE Std. 1149.x compliant boundary scan development systems. XJTAG offers a highly competitive solution for designers and developers of electronic printed circuit boards and systems. Utilising XJTAG allows the circuit design, development and manufacturing process to be shortened significantly by facilitating early development of reconfigurable and re-useable test scripts that can be used from design validation through prototype debugging and on into manufacturing.

The XJTAG development system enables engineers to debug and test a high proportion of the circuit (both JTAG and non-JTAG/cluster devices) including BGA and chip scale packages, such as SDRAMs, Ethernet controllers, video interfaces, Flash memories, FPGAs and microprocessors. XJTAG also enables In-System Programming of FPGAs, CPLDs and Flash memories, and XJTAG clients have access to a library of device-centric test scripts.

XJTAG is based in Cambridge, UK, and is part of the Cambridge Technology Group. XJTAG has a global network of distributors servicing Europe, the Far East, North and South America, the Middle East and Australasia. 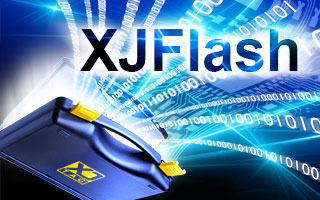